If you want a teaching career in an exotic multicultural country with excellent travel opportunities and endless selection of food from diverse cultures than teaching in Malaysia is the perfect choice for you.

Are you seeking a Teaching job in Malaysia? Humanities Teacher - Malaysia. We have a great opportunity to Teach Humanities (Geography & History)...

Are you seeking a Teaching job in in the Far East? We have a great opportunity to Teach GCSE English in a British Curriculum School in Malaysia. The...

Are you seeking a Teaching job in in the Far East? Maths Teacher - Malaysia. We have a great opportunity to Teach GCSE Mathematics in a British Curr...

A British International School in Malaysia is looking for a General Science Teacher for August. The school boasts the best facilities in Malaysia wit...

Year 3 Teaching Job in Malaysia, August. An all through 3-18 British International school based in Kuala Lumpur seek a Year 3 primary teacher for a S...

Are you seeking a Nursery Teaching job in Malaysia? This international Nursery has Early Years Centres in both London, United Kingdom and Kuala Lumpur...

Malaysia is a federal parliamentary monarchy consisting of thirteen states and three federal territories. The precursor of Malaysia, the Federation of Malaya, achieved independence from the United Kingdom in 1957. Six years later, two more former British colonies in Borneo, Sabah and Sarawak, joined the federation to form Malaysia. Malaysia’s head of state is a king chosen from one of the hereditary rulers of nine states on a five-year rotation, while the head of government is an elected Prime Minister. The government and constitution of the country of 31 million is closely modelled after that of Britain and India.

Malaysia is well-known for its rich racial and cultural diversity. The Malays, which accounts for 50.1% of the population, is the largest ethnic group, followed by the Chinese (22.6%) and Indian (6.7%). Islam is the predominant religion in Malaysia (61.3%), but the country is constitutionally secular – although in recent years, the politicians (including government officials) have begun to label Malaysia as an Islamic country.

Aside from Singapore, Malaysia is the most developed country in South East Asia. Its GDP for 2016 is $296 billion, which is just slightly higher than Ireland ($293 billion). The country’s economy is classified as ‘newly industrialized’ owing to its export-intensive manufacturing industry – a remarkable transformation from its agriculture-based economy of the late 80s and early 90s. 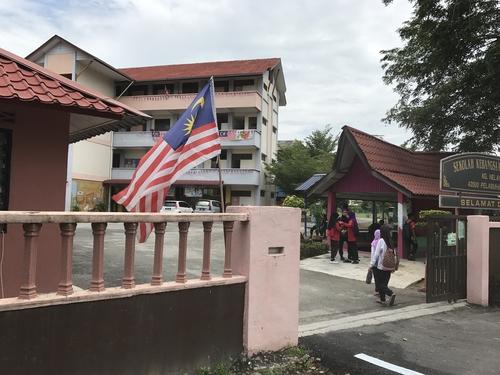 The racial diversity of the country means there are four primary spoken and written languages (Malay, English, Mandarin and Tamil) regularly used by Malaysians. As such, a large majority of Malaysians are bilingual, and a significant number are trilingual. Owing to this, the demand for English as a Second Language (ESL) certified-teachers are quite low. The bulk of the job vacancies for foreign teachers are with the several dozen private and international schools scattered mainly all over West Malaysia (Malay Peninsula).

Private and international schools are generally viewed as superior to public schools, owing to the use of either American or British curriculum, smaller class sizes and superior teaching personnel (which is also the reason why a sizable number of wealthy locals send their children there). This is why private schools in the country only hire experienced applicants with strong academic and teaching credentials – and why fresh graduates are rarely hired.

On another note, the cost of living in Malaysia is very low. Dinner and drinks at a food stall or coffee shop will cost you less than £1!

To apply for a teaching position in Malaysia, applicants should ideally possess

Important: Culturally, Malaysians are generally not assertive, so don’t come off too aggressively during interviews.

Remuneration of a Foreign Teacher in Malaysia/h2>

Nightclubs, karaoke and miniskirts, among others, are fairly common sights in Malaysia. However, kissing and any form of public nudity will instantly land you in jail. In 2015, Eleanor Hawkins of Derbyshire learned this the hard way. She, along with three others, spent three nights in jail and paid a £860 fine for posing nude on top of a Mount Kinabalu, the highest mountain in South East Asia.

In addition, please refrain from publicly criticising - either verbally or in writing - the King, sultans, Islam or the special privileges of the Malays; the police regularly prosecute offenders using either the Sedition Act or Internal Security Act.

Important: Malaysia has one of the strictest drug laws in the world. The Dangerous Drugs Act 1952 makes capital punishment mandatory for anyone trafficking even 15 grams of heroin or morphine!

Looking for teaching jobs in Malaysia? Find them here